Winter of the Wolf by Martha Hunt Handler 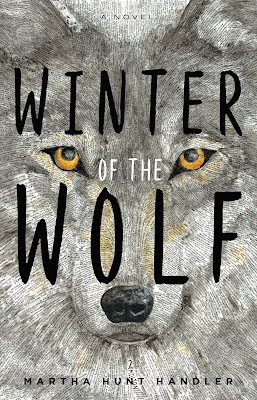 ​An exploration in grief, suicide, spiritualism, and Inuit culture, Winter of the Wolf follows Bean, an empathic and spiritually evolved fifteen-year-old, who is determined to unravel the mystery of her brother Sam’s death. Though all evidence points to a suicide, her heart and intuition compel her to dig deeper. With help from her friend Julie, they retrace Sam’s steps, delve into his Inuit beliefs, and reconnect with their spiritual beliefs to uncover clues beyond material understanding.

Both tragic and heartwarming, this twisting novel draws you into Bean's world as she struggles with grief, navigates high school dramas, and learns to open her heart in order to see the true nature of the people around her. Winter of the Wolf is about seeking the truth—no matter how painful—in order to see the full picture.

In this novel, environmentalist and award-winning author, Martha Handler, brings together two important pieces of her life—the death of her best friend’s son and her work as president of the Wolf Conservation Center—to tell an empathetic and powerful story with undeniable messages (Via Goodreads.com)

I was fortunate enough to receive a copy of Winter of the Wolf for review. The novel follows Bean, a 15-year-old girl, as she navigates life following the death of her older brother, Sam. While his death is officially ruled a suicide, she investigates his death because her intuition tells her that his death was not a suicide. Winter of the Wolf addresses grief, spirituality, and mystery in a unique and beautiful story. As someone that is neither spiritual nor religious, I found the underlying spirituality of the story to be extremely interesting and engaging. I truly enjoyed Winter of the Wolf. The characters, plot, and messages of the story were very powerful and made for a great read.

One of my favorite aspects of the story was the relationship that Bean has with her family and best friend, Julia. I think that YA novels can sometimes overshadow relationships between family members and friends for romantic interests, but I felt that Winter of the Wolf captured genuine relationships between all its' characters. I loved that the reader was able to witness the growth of both Bean and her family as well as the rekindling of Bean's friendship with Julia. Although they were all suffering from this tragic loss, they were able to grow as both individuals and as a family to overcome their grief. I enjoyed being able to learn more about each of the characters as they opened up to one another and dealt with their grief.

As I previously mentioned, I really enjoyed the spiritual aspects of Winter of the Wolf. While I have sometimes found the addressing of spirituality in books to be overwhelming or as an afterthought, I thought the incorporation of spirituality in Winter of the Wolf was perfectly balanced and addressed throughout the story. I loved seeing the growth of Bean in terms of her own spiritual beliefs as well as the acceptance and acknowledgement of spirituality by some of her other family members. I thought it was a beautiful component to the story and I enjoyed learning more about the beliefs she, her mother, and Sam had. I thought their beliefs were well incorporated into the story and very crucial in understanding who they were and how they perceived grief and the world.

Winter of the Wolf is a mysterious, spiritual, and powerful book that can easily be read in one sitting. I truly enjoyed it and would highly recommend anyone to pre-order or purchase a copy once it is released on July 7th. While I have mentioned that I am not a spiritual person, I finished the novel after the recent passing of one of my cats and it was nice to see the progression of grief and learn more about beliefs that address death and what comes after it. It has been a rough few days for my family and I, but I found comfort in reading the novel and thinking in a more abstract, spiritual way than I would have otherwise. Winter of the Wolf was the perfect read for me during this time and I am excited to see what Martha Hunt Handler writes next.